The purpose of this Newsletter is to explain a few bits and pieces about the BTRDA Rally Series in advance of the first event of 2019.

On each round of the championship the overall winner of the BTRDA Historic Cup will receive £500 and at the end of the year the overall Historic Champion will be presented with the prestigious AC de Monaco Trophy at the BTRDA awards ceremony.

BTRDA Rally Committee Chairman, Neil Cross said “This is a fantastic prize for the winner of the BTRDA Historic Cup on each of our 2019 events.  We hope that these prizes will encourage the clubman Historic competitors to come and compete on the BTRDA Rally Series events and enjoy the close competition over classic forest stages around the country.” 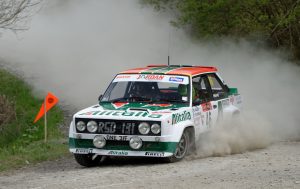 Registrations for the 2019 JORDAN Road Surfacing BTRDA Rally Series and the MAXXIS Motorsport UK 2019 English Rally Championship can be completed on-line [see Competitor page] or by post to the BTRDA Membership Secretary.   Competitors are encouraged to register a.s.a.p. so that we can post out the championship decals before the first round of the Series

Entries for the Visit Conwy Cambrian Rally have now passed the 100 mark.  The organisers have confirmed that all the forest stages have been regraded / reinstated by Rally4Wales and are in excellent condition.  This combined with the brand new service area in the heart of Llandudno Town makes this a excellent event for the start the 2019 BTRDA Rally Series.

ENTRIES NOW OPEN for the 66th YEAR OF SERIOUS FUN !

The calendar includes seven one-day forest stage rallies, starting with the Visit Conwy Cambrian Rally in February and finishes with the Trackrod Forest Stages in North Yorkshire at the end of September. The final points tables will be based on a competitor’s best 5 scores, which provides some flexibility to fit in the events around family or business commitments or even to recover from unexpected car problem.
The 2019 JORDAN Road Surfacing BTRDA Rally Series (Best 5 scores to count)

We are grateful for the wholehearted commitment of the event organising teams, because without their efforts we could not promote such a successful rally championship. Regulations and entries for the Cambrian Rally, the opening round of the 2019 BTRDA Rally Series, are now available at www.cambrianrally.com

Fuchs Lubricants (UK) take on the mantle of headline sponsors of the BTRDA 1400 Championship for the new season. Following the relaxation of the regulations governing the running order on events, the Fuchs Lubricants BTRDA 1400 Championship is poised for a strong season as all eligible vehicles, along with all the BTRDA Rally First cars and the older, less powerful Historic Cars will be running within the first group of rally cars through the forest stages on all BTRDA Rally Series events.
Revolution Wheels, REIS the Motorsport Insurance Specialists and Mintex will again be providing invaluable support for the BTRDA Rally Series. We are grateful to all our sponsors and look forward to working with them during the forthcoming year.

2019 sees the 40th anniversary of the formation of rally results provider Tynemouth Computer Services (TCS), and, at the same time, 40 consecutive years of its involvement with the BTRDA Rally Championships. To help celebrate this milestone, TCS founder Martin Liddle will be supporting the BTRDA Junior Championship with cash awards on each individual round.
Based on the Index of Performance classification used to calculate the Junior Championship points, the first, second and third Junior Driver on each BTRDA Rally Series event will receive cash awards of £150, £100 & £50 respectively, while the Junior Co-drivers will also benefit to the tune of £75, £50 & £25 – a total of £3,150 over the seven-event series. These awards are open to all registered competitors who were born on or after 1st January 1995, and are in addition to the £250 end of year awards from Mintex for the leading Junior drivers in both the BTRDA and English championships.

The BTRDA Rallye R2 Cup is open to all FIA homologated R2(B) cars and in recognition of the increasing number of R2 cars we now have separate classes for the R2 cars from the class B10 cars.

The ROAD to WALES:  For several years the BTRDA Rally Series has benefitted from a free entry for Wales Rally GB National Rally through its ‘Road to Wales’ initiative. We are delighted to confirm that the scheme is to continue and for 2019 the BTRDA Rallye R2 Cup will again take centre stage. Such is the date of the 2019 Wales Rally GB (3rd – 6thh October), in relation to the BTRDA Rally Series calendar, that the prize – worth in the region of £1,000 – will go to the leading Rallye R2 Cup driver after the Woodpecker Stages which takes place on Saturday 31st August.

Photo is of Alan McDowall / Gavin Heseltine on the NG Stages, courtesy of Malcolm Almond.

The BTRDA is delighted to welcome two new initiatives ahead of the start of the 2019 JORDAN Road Surfacing BTRDA Rally Series – and both feature long-time staunch supporters of the most popular Rally Championship in the UK….

Fuchs Lubricants (UK) take on the mantle of headline sponsors of the BTRDA 1400 Championship for the new season. Following the relaxation of the regulations governing the running order on events, the Fuchs Lubricants BTRDA 1400 Championship is poised for a strong season as all eligible vehicles will, once again, be running within the first group of rally cars through the forest stages on all BTRDA Rally Series events.

In confirming the arrangement, Russell Kenyon, Fuchs Lubricants (UK) plc Automotive Director, said, ‘We’re pleased to announce our renewed partnership with the BTRDA in sponsoring the 1400 Rally Championship and wish all participants the best of luck for the coming season and thank the organisers for their continued dedication and good work.”

In order to help celebrate this milestone, TCS founder Martin Liddle will be supporting the BTRDA Junior Championship with cash awards on each individual round. Based on the Index of Performance classification, as used to calculate the Junior Championship points, the first, second and third Junior Driver on each BTRDA Rally Series event will receive cash awards of £150, £100 & £50 respectively, while the Junior Co-drivers will also benefit to the tune of £75, £50 & £25 – a total of £3,150 over the seven-event series.

These awards are open to all registered competitors who were born on or after 1st January 1995.

Further information and Regulations for the 2019 JORDAN Road Surfacing BTRDA Rally Series, which begins with the Cambrian Rally on 16th February, will be published on this website. 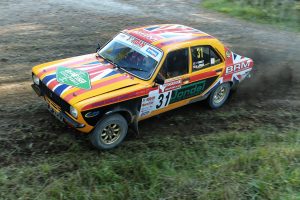