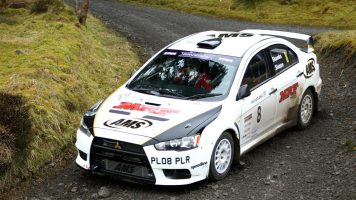 Following the unfortunate but necessary curtailment of the Cambrian Rally for safety reasons, the BTRDA Rally Series Committee would again like to confirm that they fully support that difficult decision. It was a huge disappointment for everyone, but especially for the Cambrian Rally organisers who had been working on the event for many months and who had already overcome several significant pre-event issues.

As a result of the Cambrian Rally cancellation, we can confirm that the 2017 RAVENOL BTRDA Rally Series will now consist of SEVEN rounds with the best FIVE scores to count.

The Malcolm Wilson Rally on 11th March will therefore be the first points scoring round of the 2017 RAVENOL BTRDA Rally Series. The event is based at the M-Sport HQ near Cockermouth and finishes just off Jct 40 of the M6 at Penrith and includes iconic forest stages such as Grizedale North and South and Greystoke. The event has a very attractive entry fee and has already received over 100 entries. On line entries are available via the event website at www.malcolmwilson.co.uk so don’t miss out on what is now the first opportunity to score points in 2017.

It was great to see so many championship registrations at the Cambrian Rally. The 2017 season looks like being very competitive and we look forward to seeing you in Cumbria in March for some Serious Fun.

RAVENOL DRIVER INCENTIVE: Part of the continuing RAVENOL support includes a £60 voucher for Ravenol Motorsport engine and transmission oils and racing brake fluids for every driver that registers for the 2017 RAVENOL BTRDA Rally Series, up to and including the Somerset Stages. With annual BTRDA membership and registration for the 2017 RAVENOL BTRDA Rally Series and the MAXXIS MSA English Rally Championship costing just £75 for a driver, this means the price of the package has effectively been reduced to £15. That is except for drivers under 25 who are joining BTRDA for the first time. For them the cost of membership and registration is already FREE so the RAVENOL £60 voucher is a bonus. The £60 RAVENOL e-voucher will be sent to drivers separately after they have registered for the RAVENOL BTRDA Rally Series, and can be redeemed via the RAVENOL on-line shop at www.ravenol-direct.uk

Somerset Stages – 8th April
The second points scoring event of the RAVENOL BTRDA Rally Series will now be the Somerset Stages. This will also be the first round of the relaunched MAXXIS MSA English Rally Championship which is now open to all cars but retains its class based structure.  More details can be found  HERE   The event returns to its Minehead base with over 42 stage miles within a compact overall route, incorporating the stunning Exmoor forestry stages and the Porlock toll road. Regulations and entries are now available via their website: www.somersetstagesrally.com   Also, look out for news about the event on their Facebook and Twitter feeds.

ON EVENT FUEL: Vital Equipment will be at all the BTRDA Rally Series events to provide a consistent quality MSA compliant Super Unleaded fuel and an FIA spec Carless turbo fuel. They ensure fuel is dispensed to competitors under strictly controlled and safe conditions. We strongly emphasise the convenience, safety and organisational benefits that using the Vital Equipment fuel facility brings to competitors. To order your fuel please use the on-line order facility which can be found in the Competitors section of this website.   NB: The deadline for orders is 7 days before the event.

Photo is of David Wright / Steve Pugh ‘in a spin’ on the 2016 Malcolm Wilson Rally.