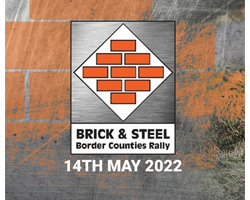 The MRF Tyres BTRDA Rally Series hasn’t included the stages in the south of Scotland or Tweed Valley forests in its itinerary for many years but now, with the addition of the Brick & Steel Border Counties Rally to its 2022 calendar, there will be some crews visiting what, for them, is an entirely new area.
In the race for the MRF Tyres BTRDA Gold Star® Championship crown – which, thanks to the efforts of Euan Thorburn and Garry Pearson, has remained north of the border since 2019 – Matthew Hirst / Declan Dear (Fiesta R5) arrive in Jedburgh as current leaders. Their win last time out on the Rallynuts Stages puts them marginally ahead of Perry Gardener / Jack Bowen 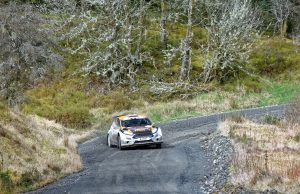 (Fiesta R5) and the Skoda Fabia of Ian Bainbridge who is reunited with co-driver Will Atkins once more. 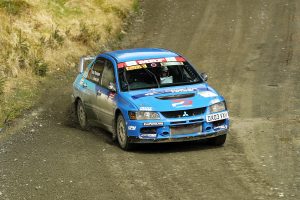 The Mitsubishi Lancers of Russ Thompson / Steve Link and Richard Hill / Pat Cooper are inseparable at the business end of Class B13 and, while Ian Joel / Graeme Wood (Escort Cosworth) and Pat Naylor / Ian Lawrence (Lancer EVO9) posed serious threats on the Malcolm Wilson Rally, neither crew made the finish of the Rallynuts Stages. All four vehicles are reporting for duty on Round 3 and, thus, a battle royal can be expected as this one moves a step closer to sorting itself out. 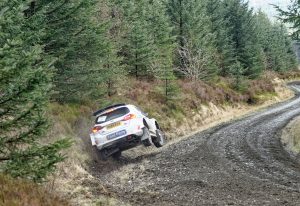 The Escorts of Nick Dobson and Grant Inglis / Gavin Chisholm hold sway in the MRF Tyres BTRDA Silver Star® Championship, with the 2.5 litre version of Rob Wright / Mark Fisher uncomfortably close as we move into the second quarter of the season. Neither David Crossen nor Michael McDaid – maximum points scorers on Rounds 1 & 2 respectively – are making the journey across the Irish Sea on this occasion but, with considerably less miles to travel, Middlesbrough’s Andy Davison and co-driver Tom Murphy have replaced the wheel that went AWOL from their Talbot Sunbeam VXR and caused retirement from the Rallynuts Stages, and will be hoping for a return to the form shown on the Malcolm Wilson Rally!
Following a fraught – and foreshortened! – outing in Cumbria, Tom Naylor / Tom Bishop renew their attempts to bring a front-wheel drive car to the fore in the 2WD category of the BTRDA Rally Series on the Border Counties Rally. Their Fiesta ST fits the bill, but they’ll be mindful of the old adage ‘to finish first’ etc, etc!… 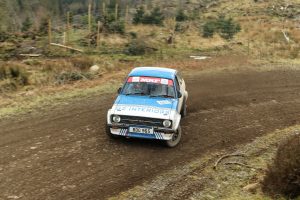 Grant Inglis / Gavin Chisholm’s Escort leads the Jordan Road Surfacing BTRDA Historic Cup, while the return of Malcolm Wilson Rally class winners Alex Waterman / Glyn Thomas in their Datsun 1600 SSS adds spice – not to mention variety! – to the category. Having failed to make it back to Penrith on the season-opener, Ernie & Patricia Lee’s BMW 325 is having another attempt at opening its scoring this time…

After two rounds, the BTRDA Rallye R2 Cup sees Yaniv Bar / Osian Owen (Fiesta) a handful of points ahead of the Peugeot 208 of Scott & David Sloan. A brace of Fiestas crewed by Tony Simpson / Ian Bevan and Jonathan Jones / Jez Rogers finished just two seconds apart last time and, so, it’s fair to assume that at least one of them will be trying to reverse the order in Scotland! 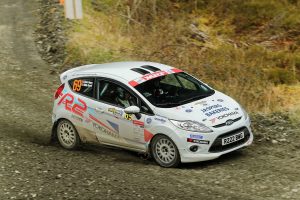 Billy Grew (Fiesta R2 pictured right) was less than a minute behind Yaniv Bar on the Rallynuts Stages and leads the BTRDA Rallye R2 Junior Cup, while Midlanders Lucy Wigley / Emma Cooper (Citroen C2 R2) are following up their maiden outing in Wales with a trip to Scotland.

Pete Gorst / Mark Twiname’s 1400cc Vauxhall Nova proved to be the class of the Fuchs Lubricants BTRDA Bronze Star Championship field on the Rallynuts Stages but, as that was its first outing this season, it not unnaturally finds itself behind a number of other crews who’ve racked up two scores so far, namely Lewis Hooper, Edward James / Charlie Mason and Richard Garnett / Stefan Arndt. The Alfasud TI of Dale Glover / Sean Ward is set to join the regulars in Scotland with the express intention of showing the above trio of Nissan Micras a clean pair of heels! 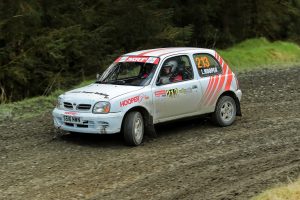 Lewis Hooper’s mastery of the MRF Tyres BTRDA Rally First Cup (two maximums from two starts) is such that, whatever happens on the Border Counties Rally, his position at the head of the table is safe – for the time being at any rate!…

The Brick & Steel Border Counties Rally takes in six special stages, totalling approximately 45 miles, and the first car leaves the start in Jedburgh at 8.30am on Saturday 14th May.
Prospective spectators should consult www.bordercountiesrally.co.uk/spectators/