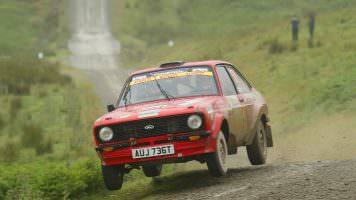 The 2017 RAVENOL BTRDA Rally Series, which will include the 64th Gold Star and Silver Star Rally Championships plus the BTRDA 1400 and Rally First Championships and the BTRDA Historic Cup and Production Cup, is consistently the most popular rally championship in the UK and will continue to provide the very best selection of popular forest stage rallies.

The 2017 calendar contains eight one-day events starting with the Cambrian Rally in North Wales and finishing with the Trackrod Forest Stages in North Yorkshire on 30th September. The final points table will be based on a competitor’s best 6 scores, which provides some flexibility to fit in the events around family or business commitments or even to recover from an expensive car problem.

We are very grateful for the wholehearted commitment from the event organisers, because without their efforts we could not promote such a successful rally championship.
Details of all the categories, classes and incentives plus the TV coverage will be confirmed over the next couple of months, but you can be assured that the BTRDA Rally Series will continue to provide competitors and followers with some Serious Fun!

Back to the 2016 season and the Eventsigns Woodpecker Stages, the penultimate round of the 2016 RAVENOL BTRDA Rally Series, has again attracted a huge and varied entry. If you are intending to compete then you need to submit an on-line entry A.S.A.P. in order to be included on the seeded entry list.    Woodpecker Stages – Competitor Information
If you want to be part of the Woodpecker Stages, then the event organisers will still welcome any offers of help especially with marshalling on the stages which is essential for the event to be a success. Please contact the Chief Marshal Andrew ‘Bob’ Long via e-mail [email protected] or phone 07769 661030.

Entries are now open for the Trackrod Forest Rally on Saturday 1st October which is the final round of the 2016 RAVENOL BTRDA Rally Series. This year the Rally HQ and ceremonial finish are at Scampston Hall near Malton but with the central service area at Adderstone Field located between the Dalby and Staindale stages. 45 miles of single use stages are on offer which should provide a fitting finale to the 2016 season.    Trackrod Forest Stages – Competitor information