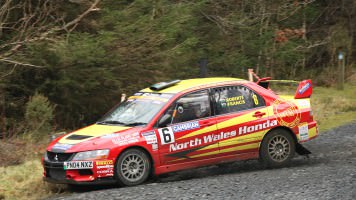 The photo is Damian Cole / Jack Morton who were the 2015 BTRDA Rally Challenge winners. (ralliphotoswales)

NEWSLETTERS: Newsletter 2016 / 2 issued following the Cambrian Rally, has been e-mailed to all registered competitors and can be viewed in the Newsletter and Bulletins section.

VITAL EQUIPMENT FUEL: Vital Equipment will again be providing a professional fuel / refuel service on all the BTRDA Rally Series events in 2016. The on-line order form for Vital Equipment fuel can be found in the Competitors section of this website.

SPECIAL STAGE TV Coverage: All the Special Stage programmes broadcast on Motors TV will be published in the Video section of this website.  They are first shown on Motors TV just 6 days after the event so Special Stage have a very tight production schedule. If you want to use the Driver Info system to provide additional information to Special Stage, then you need to do so within 48 hours of the event.

JOHN HORTON: We were deeply saddened to hear that John Horton passed away on Friday. John was respected throughout rallying and was a good friend of the BTRDA over many years. He was often described as a ‘Gentleman’ because of the friendly and professional way in which he dealt with everyone. Rallying (and motorsport in general) is poorer without him and he will be missed by so many.