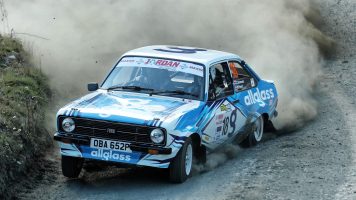 Registrations open for the 67th year of SERIOUS FUN…! 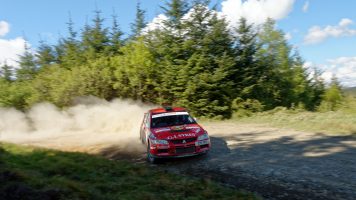 The 2020 MRF Tyres BTRDA Rally Series – the 67th consecutive year of ‘Serious Fun’! – moves into the new decade maintaining not only its position as the UK’s most popular rally Championship but also its welcome for any vehicle complying with current Motorsport UK Technical Regulations, and with a class structure designed to cater for everyone.
The coveted MRF Tyres BTRDA Gold Star® Championship (Overall), MRF Tyres BTRDA Silver Star® Championship (Two-Wheel Drive) and the Fuchs Lubricants BTRDA 1400 Championship (for which the overall winners will receive BTRDA Bronze Stars) return, to be joined for the first time by the BTRDA Rallye R5 Cup. As the name suggests, this will be open to any FIA-homologated R5 cars, such as Ian Bainbridge’s Skoda Fabia (illustrated above) which, as before, will also be in line for Class B14 honours.

The BTRDA Rallye R2 Cup, introduced in 2018, has proved a welcome addition to the line-up, with 16 drivers scoring points last season. Thus far, Ford Fiestas have held sway with George Lepley and Perry Gardener carrying off the spoils but, with eligible cars also available from Peugeot, Citroen, Opel, Renault and Skoda, the Blue Oval’s future domination is far from guaranteed!
Meanwhile, the MRF Tyres BTRDA Rally First® Championship will now include a class for up to 1.0 litre engined cars, such as the Nissan Micra that new Toyota WRC recruit Elfyn Evans drove back in 2006!… It’s an ideal entry-level category and ‘next step’ for the F1000 Juniors.   ( Elfyn on the Wyedean  © SC Photography ) 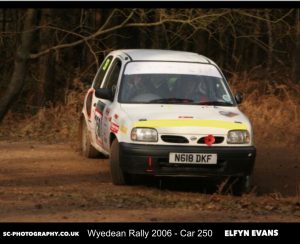 Registration for the 2020 MRF Tyres BTRDA Rally Series will be available in early December via the Competitors section of this website   www.btrdarally.com/competitors